As one of the events supported by 2020 Shanghai Radio Festival, the premiere will be presented by Shanghai Youth Philharmonic Orchestra. All the tickets are sold out

You may still enjoy the concert through FM 94.7 or AJMD app on 10:30 a.m. of October 11th (Sunday). To watch the live concert, please log on the live broadcasting channel of Kankan News app.

2020 is meat to be an unusual year in history. Sunday Radio Concert presented the audience several online concerts for all the theaters and music halls were closed for almost nine months. The show business has been coming alive since October. Our Sunday Concert will be back to stage again. On October 11th, Shanghai Youth Philharmonic Orchestra led by Cao Peng, the artistic director and conductor, will give a performance in new decorated Shanghai Concert Hall.

As the cradle of Chinese Philharmonic education, Shanghai Youth Philharmonic Orchestra has recruited many young musicians who are passionate about music and won the Golden Award of Australian International Music Festival, the Golden Award of Aberdeen International Youth Art Festival, etc. For the 10th anniversary of Shanghai Youth Philharmonic Orchestra, they will present classical works for the Sunday Radio Concert with the string quartet, the woodwind quartet, the brass quartet and the percussion quartet. They will perform Beethoven's No.5 Symphony, Tchaikovsky’s Overture 1812 , Brahms’s Hungarian Dances and Red Flowers Blooming All Over the Mountain altered by Hu Sisi to demonstrate their talents in different styles of music.

What else will Cao Peng and these young talented musicians to offer? Let’s wait and see.

5.Sneak into Tiger Mountain from The Taking Of Tiger Mountain, the Peking Opera, percussion and string quintet
Altered and instructed by Chen Xianghao Cao founded Shanghai Caopeng Music Center and Shanghai City Philharmonic Orchestra, the first nonprofessional orchestra in mainland China. He has devoted himself in Charity and helped build special schools for kids with ASD. He also founded Cao Peng Educational Foundation under Shanghai Educational Development Foundation.
He has conducted over 50 records of Chinese Philharmonic Works in cooperation with HNH International Ltd. His decades of devotion in music has won him plenty of national honors and awards.

Cao owns sufficiently experience and knowledge with powerful yet exquisite conducting style. You can feel the vitality and energy in his works. Made of thousands of excellent young musicians, Shanghai Youth Philharmonic Orchestra is quite famous in China and overseas. Most of them are college and high school students with talents and skills. This orchestra is not only the cradle of Philharmonic teenage education but also the communication platform of international music and arts. They demonstrate the music educational result of Shanghai perfectly.

Shanghai Youth Philharmonic Orchestra is mainly conducted by Cao Peng and instructed by other famous musicians and professors. They won the golden medal of 2011 European Youth Art Festival, the 1st place of 2013 Australian International Music Festival and the Golden Award of 2016 Aberdeen International Youth Art Festival. They also participated in 2015 Spring Festival Gala in Hawaii, the concert of 70th anniversary of the world's anti-fascism war with Chopin Philharmonic Orchestra in Poland, Shanghai Culture Week of Edinburg International Art Festival, 2018 the World of Songs Concert in St. Petersburg and the closing ceremony of 2019 CCCE with Xinbei Young Philharmonic Orchestra in Taiwan. They have attended Shanghai Summer Music Festival for eight continuous years and held the Student New Year’s Concerts every year. Their professional performances in Sunday Radio Concerts and Oriental Citizen Concerts have won plenty of compliments.

Shanghai Youth Philharmonic Orchestra’s contribution to the cultural development in Shanghai is huge and unique. It’s a honor for young musicians to join this orchestra and the orchestra also supports these talents to develop their career paths. 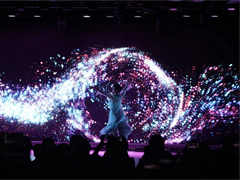